RetroTxt employs an open-sourced GNU LGPLv3 license with the code available on GitHub.

This page instructs how to use the source in Chrome-based and Firefox web browsers.

Visual Studio Code is used to create RetroTxt, and so it has some .vscode conveniences included in the package, such as workspace settings and extension recommendations.

There are also Node.js with pnpm packages for the programming and build tools.

The source code gets lint with ESLint and stylized using Prettier opinionated formatting.

Run the following Git or gh command in a terminal.

Use the pnpm package manager.

Use Task, the task runner/build tool.

Use on Chrome, Edge, Brave, and Vivaldi

I suggest that you create a new user profile and edit the Extension.

Open a new tab with the address of the Extensions feature. 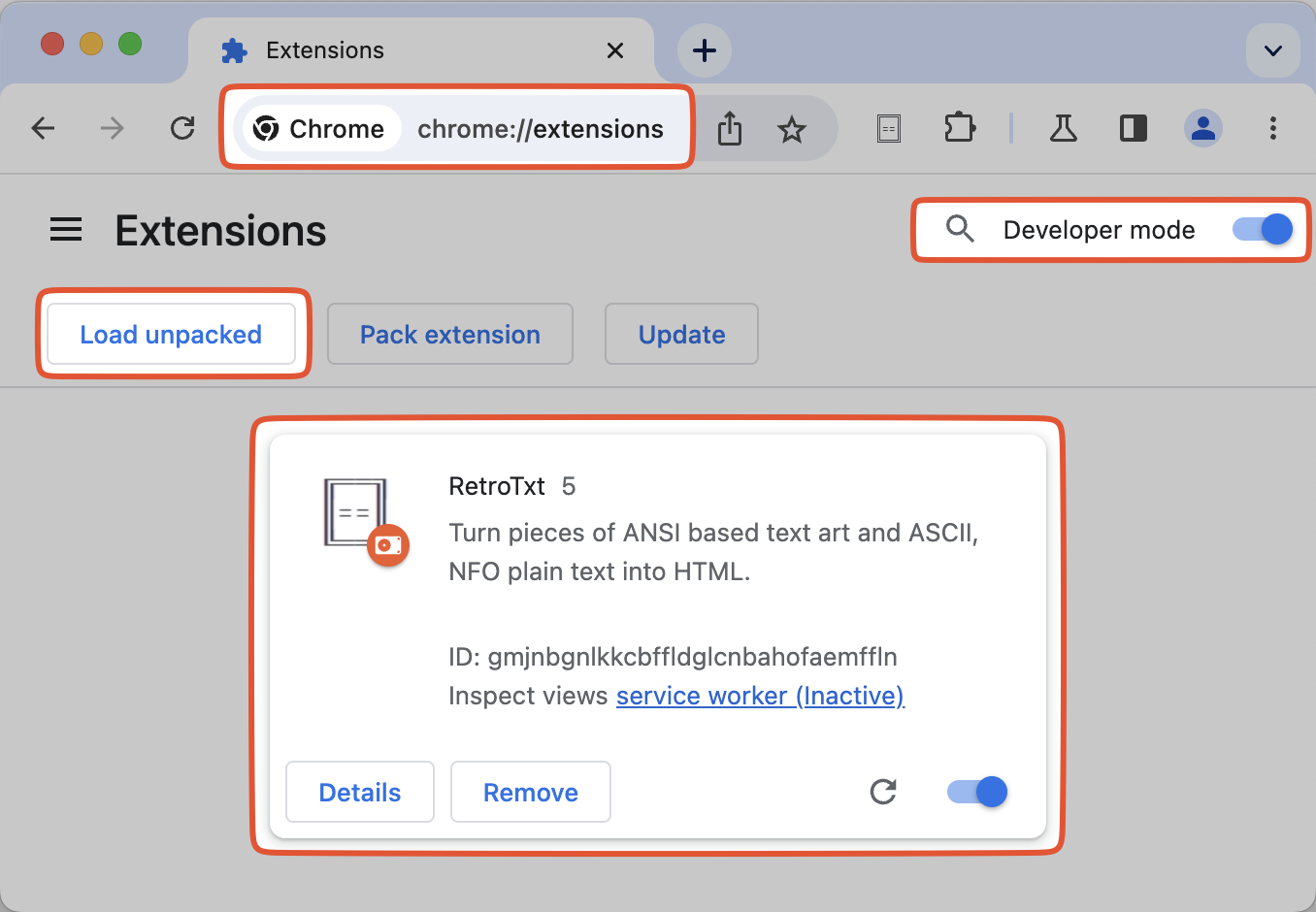 Open a new tab with in the address of the Extensions feature. 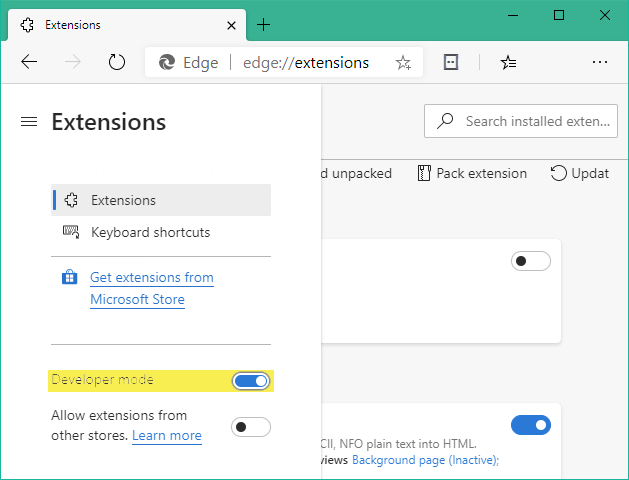 Open a new tab with in the address of the Extensions feature.

RetroTxt should load. The Options link behind the Details button allows you to configure RetroTxt styling and behavior.